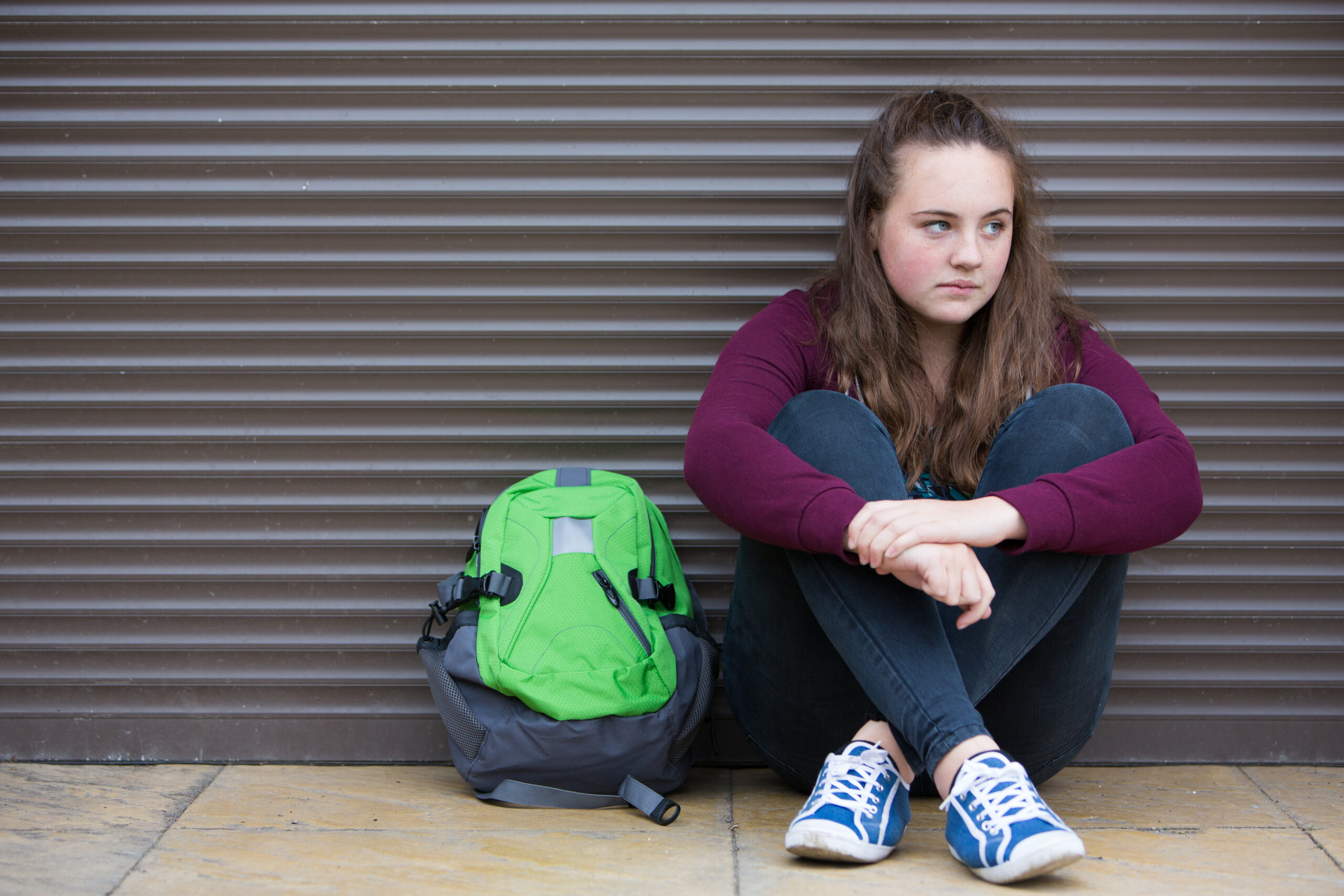 November is National Runaway Prevention Month (NRPM), which is an opportunity to shine a light on the vulnerable community of homeless youth within our area. You may not realize it, but hundreds of kids and teens run away from home in Pinellas and Manatee Counties each year. Many try to maintain stability in their school lives so their friends and teachers won’t know that they are sleeping on couches or in cars. Others simply disappear and live on the streets until they end up in shelters like ours.

According to the Polly Klass Foundation, as many as 2.8 million children run away from home each year. Many runaways are between the ages of 10-14, ages where they haven’t learned to take care of themselves and lack the ability to find housing and other basic needs. To understand why runaway youth is such a problem across the country and in our area, you have to consider the reasons why kids and teens run away in the first place.

Episodic vs. Chronic Running Away

At our SafePlace2b homeless shelters, we often work with teens who have run away because of a specific episode. They weren’t prepared to leave and now need to find some way to rebuild their lives and find a secure place to live.

Abuse is At the Core of Why Kids Run Away

There are many reasons why kids and teens decide to leave home, but it is rarely an easy decision. Too often, youth reach a breaking point where they can’t face another day of school bullying, parental abuse, stress, or hunger.

The National Runaway Safeline shared a few statistics on why children run away:

While abuse is the main reason why youth leave their homes, there are often contributing factors that make the physical, emotional, or sexual abuse worse. Physical abuse and a bad school life can drive a teen away, or sexual abuse because of an unstable home life can cause a child to reach a breaking point. Either way, youth feel like their only option is to leave.

Many teens can’t return home because the problems that caused them to flee are still there. If a teen escapes sexual abuse from a relative, that relative is likely still living in the home. Abuse, drug and school problems linger and keep runaways from seeking out their families again.

Additionally, youth homelessness within the LGBTQ+ community is exceptionally high, because many teens are kicked out of their homes by their parents when they come out. Studies have found that up to 40% of homeless youth identify as part of the LGBTQ+ community.

Parents Don’t Always Realize the Weight of Their Words

Some teens might not think they can return home, even if their parents wish they would return. Oftentimes, when parents kick their teens out, they don’t always think that they will run away. During an argument, a parent might tell their child to get out of their house and then cool off once their child leaves. The parent thinks that their child will return home after a day or two, but that isn’t always the case. Some teens will refuse to come home and ignore their parents’ efforts to find them, while others are too scared of their parents to consider stepping foot back inside their old homes.

This is why our counselors focus on reuniting families. By opening channels for communication and healing, there are opportunities for youth the return home and re-establish the bonds that were frayed or broken.

Family Resources offers homeless shelters for youth who have been kicked out of their homes or who needed to run away to get out of their current situation. Our shelters offer runaways more than warm meals and a roof over their heads. We also invest in counseling for the runaway youth along with resources for families to work through problems and build stronger, healthier bonds.

Family Resources offers comprehensive, evidenced-based, healthy relationship courses for teens entering romantic relationships and family counseling for parents and kids who need to learn how to better understand each other. We want to help teens before they need to seek out our shelters; but are here to serve them if it gets to that breaking point.