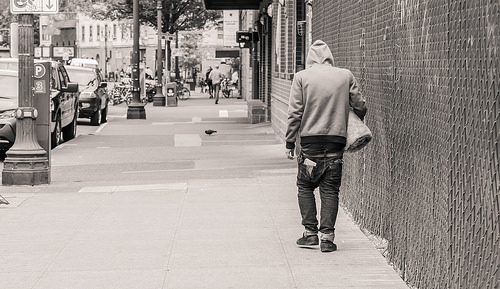 Why Florida Has Such a High Rate of LGBT Homeless Youth

Family Resources has been focused on helping LGBT homeless youth since 1970. We want to create safe places where teens can be themselves and focus on personal development and education in a healthy environment.

The Movement Advancement Project, an independent, nonprofit think tank, reviews each state and gives it a rating based on the lives of LGBT residents living there. The site is useful for taking a deep-dive into the spread of HIV, hate crime ordinances, adoption laws, and other issues related to the gay community. Unfortunately, Florida’s equality profile, or the grade that MAP gives to each state for the care and support of the LGBT community, is Low — the second to last grade possible before negative.

Image via the Movement Advancement Project

Florida lacks laws that ban conversion therapy, prevent discrimination for LGBT students, and have clear anti-bullying policies. While Florida doesn’t have negative laws restricting educators from discussing LGBT issues, many students don’t have the protections they need in the home or at school.

Image via the Movement Advancement Project

This Legal Climate Leads to Stigma and Discrimination

Without legal protections for LGBT students and adults, many members of the gay community face discrimination or are stigmatized by the people around them. This discrimination takes a toll on both the health and finances of LGBT people. According to the Williams Institute at the UCLA School of Law: Image via The Williams Institute

Without protection, community education, and societal acceptance, even the most successful LGBT residents face an uphill challenge in our state.

The discrimination and risk factors that Florida LGBT residents face doesn’t start in adulthood. Many students are bullied at a young age and have a higher risk of STIs and other health issues.

The National Youth Risk Behavior Survey reported that 11-30 percent of LGBT students missed school at least one day during the past month due to safety concerns.

These missed days add up. Kids who are chronically absent (almost 10% of the Florida student population) are less likely to graduate. They miss important lessons, have a hard time catching up, and can’t participate in class. Their truancy may even lead to action on behalf of the education system, causing LGBT students to get kicked out of school entirely. Lower grades and negative marks on their records make it harder for LGBT students to attend the colleges they want or get hired at the jobs they need.

The lives of LGBT students have changed forever because their classrooms were no longer considered safe.

Florida has a high rate of LGBT homeless youth because students who don’t feel safe at school often don’t have a safe home to go to either:

“There are several reasons parents reject their LGBT youth. Sometimes it is based on religion…They might think if they force their child to leave their home, their child may return repenting, magically somehow no longer LGBT.”

– Telaina Eriksen, author of Unconditional: A Guide to Loving and Supporting Your LGBTQ Child, for the Washington Post.

With nowhere to turn, LGBT youth end up on the street. Their academic careers are derailed, their lives are in turmoil, and their relationships with parents and peers and destroyed.

The homeless youth of Pinellas and Manatee counties aren’t always on the street. Homeless youth couch surf, stay with friends for a few nights, and try to live normal lives. Some even continue to try to attend school, with their peers unaware that they have no place to go at night. This makes it hard for adults to intervene or professional organizations like Family Resources to reach out.

Our Community Can Take Steps to End Youth Homelessness

Residents of Pinellas and Manatee counties don’t have to wait to help LGBT homeless youth. There are steps you can take today, no matter where you are or what you are doing, the support at-risk individuals in our community:

No one person or organization can wipe out LGBT youth homelessness (or overall youth homelessness) in Florida. However, as a community, we can make our state, county, and city more open to LGBT students to give them the bright futures they deserve.