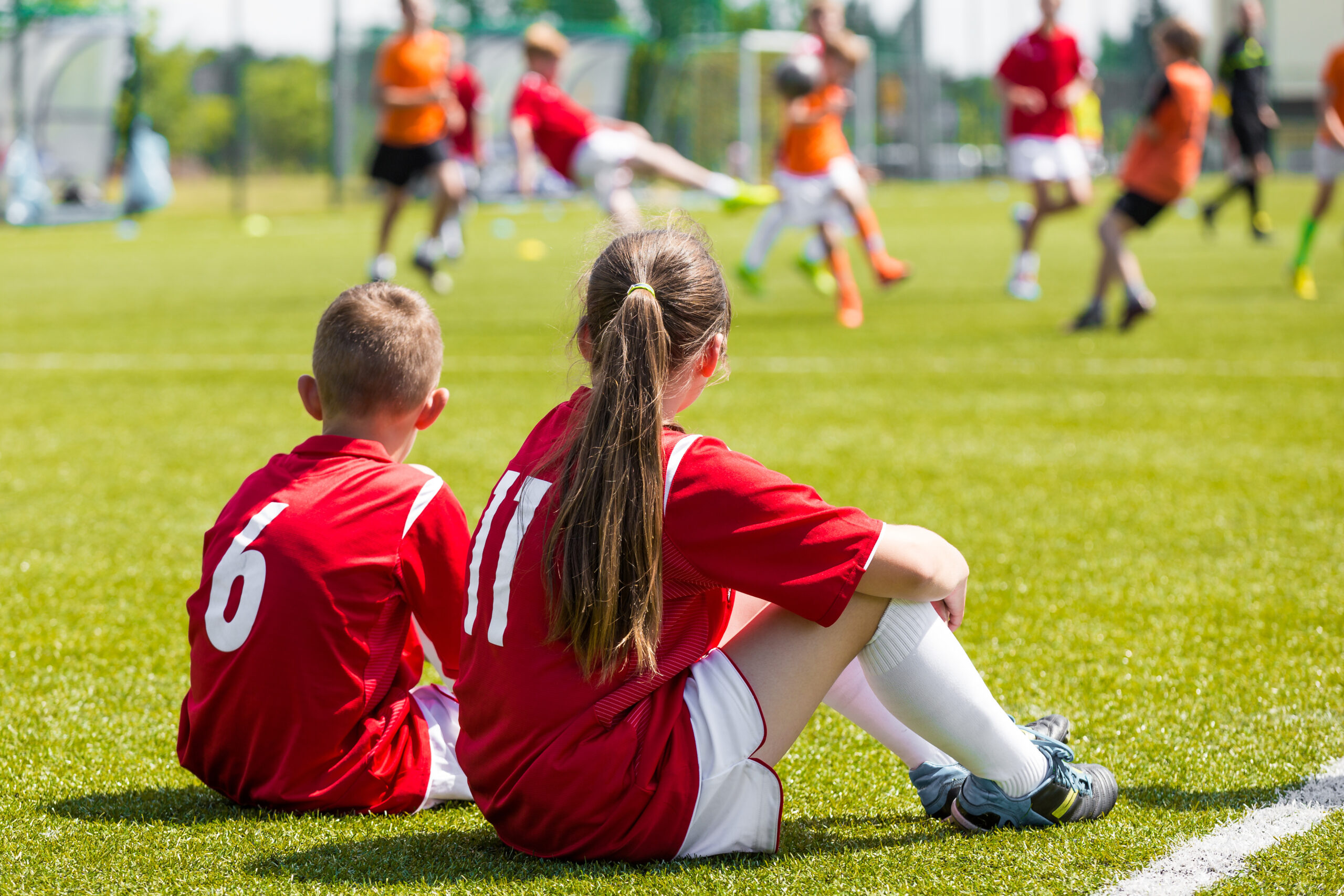 When Should Your Child Start Playing Sports?

The new school year kicks off an exciting time with new clubs, activities and opportunities for your kids. They have likely come home with packets for team sports sign-ups and announcements for various other school groups that they can join. As a parent, getting your child into sports can be a great way for them to have a safe place after school, but it can also be a burden on your time and energy. Furthermore, how do you know whether a sport is right for your child – or even if they’re ready to play it?

Let’s look at the optimal age for kids to play sports and why you shouldn’t introduce them to team activities too young.

What is the Best Age for Kids to Play Sports?

Whether you hope your child shares your passion for basketball or just want to check out some community teams, many parents are eager to get their kids playing sports at a young age. However, pushing your child when they are too young can be frustrating for you and your child alike.

Most kids don’t have the coordination to play sports until they are at least four or five, and they also aren’t able to fully understand the rules of the game until they reach the ages of six to eight. Remember, every child develops differently. If your child isn’t kicking a ball like a soccer star by their fourth birthday, it doesn’t mean that they won’t grow up to become athletes.

With these age guidelines in mind, many parents will play with younger kids to teach them the basic skills of the game before they join a team. For example, a four or five-year-old can learn to swing a plastic bat to hit a wiffle ball. They can learn to catch a ball that is thrown directly to them or to shoot a basketball into a kid-level hoop.

By the time your child is six or seven, they can start to join recreational leagues where everyone gets a chance to play and the focus is on fun and fundamentals rather than winning.

When it comes to competitive sports, the age suggestion for kids is even higher. Experts suggest starting kids in competitive team sports after the age of eight. In the years before that, your child can’t handle the pressure of winning and losing. The measurement of their performance against other kids – and potential cuts from the team because of it – could be emotionally scarring. This is also true if you are a parent who is carefully involved in your child’s athletic life. Your child might put too much pressure on themselves to perform because they equate winning with love.

That being said, some children might need to wait until they turn 10 to handle the emotional maturity of committing to a sport and playing it in a competitive setting.

At What Age Will Your Kids Quit Their Sports Teams?

Many kids start playing sports because their parents sign them up for leagues. If the child isn’t interested in soccer, they move on to basketball, or football, and so on until something clicks. Oftentimes, many children play multiple sports because they like spending time with friends and running around in a competitive setting. However, as your child gets older, their interest is likely to falter. This could be because they lack the talent or size of their peers. It could also be because the competition was more stressful than it was fun.

“The number one reason (why kids quit sports) is that it stopped being fun,” Michael Pfahl, executive director of the National Youth Sports Coaches Association, says.

Pfahl estimates that 70% of kids quit team sports by the time they turn 13 – or during the middle school years. This is typically when fun takes a back seat to winning and recreational leagues give way to competitive school teams and traveling teams. The teen years are also the time when kids start thinking about college – and whether or not they have the skills and drive above their peers to land a sports scholarship.

Unfortunately, the years that kids drop out of sports are also the ones where they could use an after-school activity the most. It gives them a safe place to go after school and positive influences in the form of their teammates and coaching staff.

What Are Some Alternatives to Competitive Sports?

Not every child needs to be on a competitive team – or even in a high-stress sports environment. If you want your child to continue playing sports for the love of the game, consider a few of these alternatives to school teams and other competitive environments:

From a parent’s perspective, these athletic alternatives can be more affordable than competitive team sports – where the family often has to cover the equipment costs and pay other fees. They also require less of a time commitment so kids can focus on school or help with the family when they need to.

What Should You Consider When Starting a Sport?

Your child’s interest is one of the most important factors to consider when they start a sport. Make sure they are excited to learn the game and to play. If they tried the sport last year and lack the same excitement, then it may be time to find another league or sport for them to play. This is especially important if you are spending money on equipment or team fees. If your child doesn’t want to be there, they won’t play their hardest and will often give up mid-game.

There are also internal family matters to consider when signing your child up for sports. The team at KidsHealth brought up some questions to consider when your child is considering a sport. These are important to ask if you only have one child or if you have multiple across different age groups:

As you can see, when deciding if your child is ready to play sports, considering the impact on your entire family should be a part of the decision making process.

Knowing at what age kids should begin playing sports, coupled with your own knowledge of where your child is developmentally, will help you decide when your child is ready.