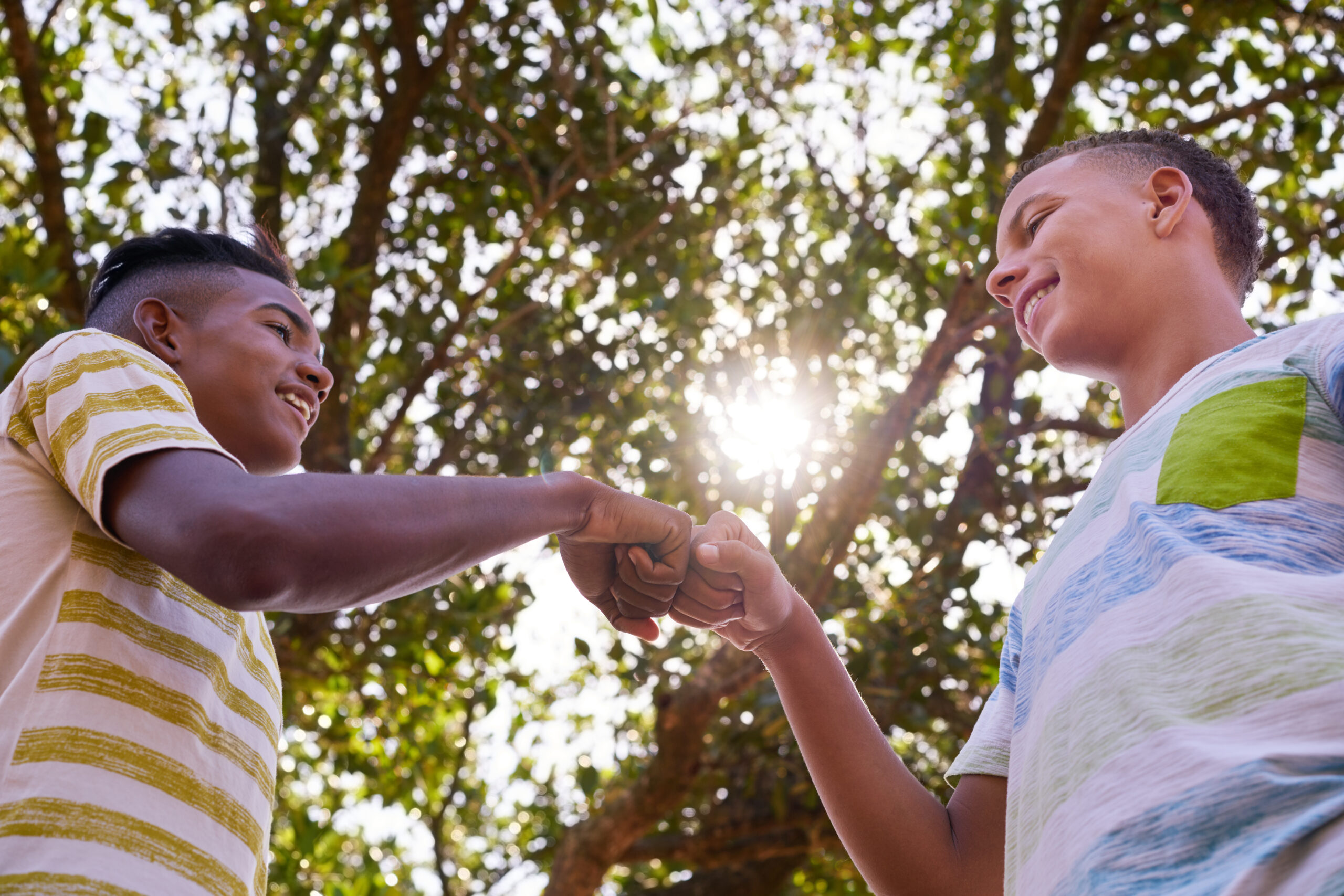 How to Talk to Your Kids About Racism – Tools and Resources

Parenting is riddled with challenging moments and difficult conversations, from talking about dating to guiding your kids through puberty. However, some parents might not be ready for the questions children ask about race and racism, especially when those questions come from kids under the age of 10.

Today’s kids are exposed to adult ideas and difficult themes earlier than ever. You might not be ready to talk to your child about racism, but they have long since noticed racial differences and have likely have formed strong opinions based on their environment.

Use this guide to talk to kids about racism and answer challenging questions in ways that are honest without leaving them scared or hurt.

When Your Child Experiences Racism at School

When your child leaves the house, you lose control over what they see and experience. While they are likely safe at school and playing with friends, kids can be cruel. Your child may experience racial disparity – or at least become aware of their race for the first time – within the first few years of elementary school.

Dr. Nathaniel K. Jones, MD shared his first experience of racism in an article for the American Academy of Pediatrics. He and his friends would act out scenes from Star Wars, and Dr. Jones wanted to play the role of Han Solo, at least until one of his friends said, “You can’t be Han Solo… you’re black.” As Dr. Jones tells it, “I was confused. I mean, my skin was certainly darker than anyone in the group, but since when was that going to stop the game about space aliens?”

If your child comes home from school and asks about something they heard or were called, start by digging deeper. According to HealthyChildren.org, the questions, “How do you feel about that?” and “Why do you think that?” can help you gauge the mental state of your child and further open the discussion. You want to find out what the statement means from their perspective. Then you can use that as a jumping-off point for talking about race and racism.

Pre-emptively talking to your child can also prepare them for school. White students can learn to stand up to their peers and stop race-based bullying (harassment). Students of color can know to avoid believing and internalizing their taunts. You can’t prepare your students for everything, but starting race-based discussions early on can make them more informed.

When Your Child Watches the News

At some point during the day, your child likely to watches the news or engages with some form of media. They may pick up soundbites while you are watching TV or watch videos on YouTube.

For example, on June 1, 2020, the Nickelodeon network went off the air for 8 minutes and 46 seconds to protest the death of George Floyd, who was pinned down by the Minneapolis Police Department and killed over that period of time. Nickelodeon joined other networks like Comedy Central, BET, and VH1 in this protest, but was notable because of its child-focused programming. The channel also showed a “Declaration of Kids’ Rights” to support justice, equality, and human rights. This is a powerful statement, but it likely leads to countless questions by kids for parents – questions many parents likely weren’t prepared to answer.

Start by processing the news yourself. In days when race-based violence is the top story, you may need time to work through your own emotions before you can address the questions of your child.

If you have seen the news but your child hasn’t, try to prepare yourself to explain it to them. The news may also seem less harsh if you explain it to your child before letting them watch any footage online or on TV. (Many reputable news outlets will provide a content warning for younger viewers beforehand so you can change the channel.) Using Nickelodeon as an example again, the network announced the time off-air the night before, giving parents the evening to prepare for their kids to watch the protest the next day.

If your child asks questions you aren’t prepared for, answer them as best you can. You can always research the questions and follow-up with another discussion in the future.

When Your Child is White

The choices you make as a parent will affect how your children experience race, whether you are cognizant of this or not.

“Their lived experience and their interactions with peers, teachers, neighbors, coaches, siblings and strangers matter greatly,” Margaret Hagerman, author of White Kids: Growing Up With Privilege in a Racially Divided America, writes for Time. “The neighborhood they live in, the school they attend and the activities they participate in — sports leagues, religious organization, clubs, summer camps — set the parameters for how kids understand race.”

Children of color don’t have a choice as to when they experience racism for the first time – it could be on the playground during a Star Wars game. However, parents of white children can take steps to discuss race at an early age to raise allies who prevent bullying and support their friends of different color and diversity.

Previous generations of progressive households often subscribed to the “we don’t see color,” ideology, which was developed with the idea that everyone is equal and no one should be treated differently based on their skin tone. While this idea is well-meaning, it is simply not true. It doesn’t acknowledge that people of color face a much harsher reality in life because of their skin tone. It doesn’t acknowledge white privilege.

“Not seeing color is a one-sided concept:  a person of color does not have the power to impress the same sentiment upon another of Euro/Anglo descent,” Hilary Holland Lorenzo, HR acquisition professional, writes for HuffPost. “Not seeing color makes everyone a default color: Pretend White.”

This is what Jennifer Harvey, author of Raising White Kids: Bringing Up Children in a Racially Unjust America, recently spoke about on NPR’s All Things Considered. White parents have the privilege of ending the message at “the police are your friends,” while parents of color need to tell a much more complicated narrative. However, parents of white children can support their communities of color by preparing their children to see these nuances and understand the challenges of their peers.

Resources to Talk to Kids About Racism

Every conversation about race is going to look different, from answering the question, “what does that woman have on her head?” to discussing stories seen on the news. There also will never be just one conversation. However, if you don’t answer your child’s questions or try to let them open up to you, they will get their information elsewhere – and you don’t know where that will be.

To help make your discussions easier – or at least more informed – we have curated our top resources to help you. Each of these resources recommends additional tools that you can use to guide your discussions. Some of the books and movies are made for children, while others are created for parents and community leaders who want to guide their kids responsibly. One thing any parent can do when you talk to kids about racism is to make sure children feel safe.

“Watch what you need to stay informed about your community, but then turn it off and do something that makes your family feel connected and whole,” Dr. Jenny Radesky, a developmental behavioral pediatrician at the University of Michigan tells CNN. “You may need to re-ground yourself or regulate your thoughts and feelings before re-engaging with your kids.”

Spending a few minutes reading to your kids or playing sports outside can help them forget about any disturbing images they see and instead focus on the love you have to give them.

It is natural for any parent to want to shield their child from the evils of the world. However, parents who talk to kids about racism – and who talk about it often – can better prepare their children to face uncomfortable situations and handle them well.