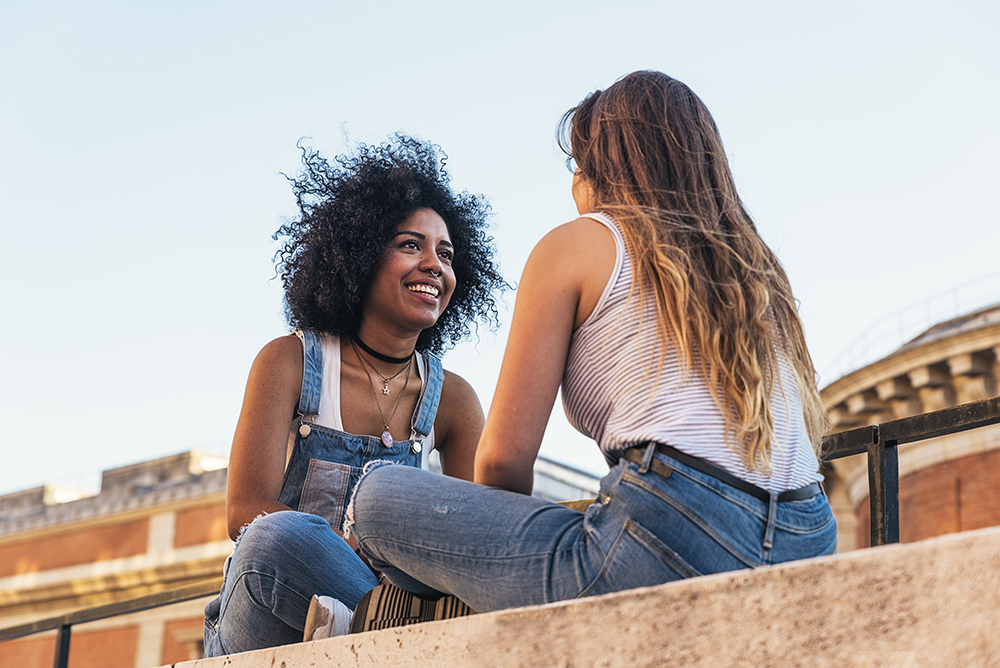 Are Parents Okay With Their Kids Being Gay? How Views Have Changed in 20 Years.

In 1985, the Los Angeles Times published a survey asking parents how they would feel if their kids came out as gay. Almost ninety percent (89%) of parents said they would be upset to have a gay child.

But a lot has changed in the past 35 years. Perceptions of the gay community have improved and many dangerous stereotypes have fallen out of popularity (though they still linger in many communities).

Where are we now as a country? Is it safer for kids to come out to their parents? Learn about the changing perceptions of the LGBTQ+ community from the perspective of today’s parents.

Most Adults Say They Would be Comfortable With a Gay Child

One of the most notable pieces of data that showcases overarching support for the gay community is the increased levels of parent acceptance. The Pew Research Center continued to poll parents after the Los Angeles Times survey was published in 1985. Every few years they asked: would you be upset if your child came out as gay? In the decades following, the percentage of parents who would be upset has dramatically declined. Pew isn’t the only organization tracking this sentiment. In March 2022, the Trevor Project shared the results of a poll which reached 2,210 adults. Only 27 percent of respondents said they would feel uncomfortable if their child came out as gay, lesbian, or bisexual. Meanwhile, 62 percent said they would feel very or somewhat comfortable (12 percent had no opinion. This report picks up where the 2015 Pew survey leaves off, and shows how in the past seven years acceptance of gay children continues to grow.

That said, acceptance isn’t universal. Only half of adults say they would feel comfortable if their child came out as transgender and 36 percent said they would feel uncomfortable. Acceptance rates also varied significantly based on the gender, age, ethnicity, and political views of the people asked.

Many Kids Don’t Come Out to Their Parents First

Parental perceptions of the LGBTQ+ community play a big role in the coming out process. Half of gay and bisexual college students knew their sexual preferences when they were in high school, but many choose to wait until they leave the house to graduate. In fact, many kids and teens wait several years between when they first thought they were gay and when they first told someone.

Ash Hobkin, writing under a pseudonym for privacy, shared their experiences of coming out. They explain that you come out multiple times to multiple people – and was easier to talk to some people over others.

“I personally felt more comfortable talking with my friends about my bisexuality before my parents because I already knew that my friends were strong allies, and many also belonged to the LGBTQ+ community,” writes Hobkin.

It can be much more challenging to approach parents, who might not be as accepting – and who are still in control of your housing, food, and care.

Teens Risk A Lot By Coming Out

While the rising number of adults who would accept a gay child is promising, there is still a significant risk for many teens when telling their parents about their gender or sexual identities. Another report by the Trevor Project found that 28 percent of LGBTQ+ youth reported experiencing homelessness or housing instability at some point in their lives.

This rate increases to 39 of transgender youth and 35 percent of non-binary youth, compared to 23 percent of cisgender LGBQ youth.

Additionally, 16 percent of LGBTQ+ youth say their homelessness was because they ran away from home and 55 percent of runways experienced mistreatment because of their identities.

When a child comes out to their parents while still living at home, they risk everything. They could lose their housing, food, income, and the emotional support system that a family provides.

Be There For Your Child When They Come Out

In the event that your child does come out to you, make sure this event is positive for them. Your child will remember the first reaction you have and will always think of this moment when talking about their sexuality.

Kevin Nualls shared his coming out story with CBC Parents. He grew up in a staunchly Catholic household with parents who used slurs and offensive gestures in relation to the LGBTQ+ community. Nualls realized almost immediately that coming out safely was not an option.

“I didn’t know what allyship meant, but even so, I knew these people weren’t allies, and I decided they were the last people I’d ever want to come out to,” he writes. “Their attitudes also made me feel like the world would be just as hostile. And for many, it absolutely is.”

Based on his experiences, Nualls shares advice on what parents should (and should not) do when their kids come out. Not every coming out needs to be a viral moment. You don’t need to do something cutesy or heartwarming that gets broadcast on social media. What parents mostly need to do is be happy, share their support, and ask how they can help.

Your child coming out isn’t about you. It is about them. Your job is to be there for them.

Make Your Support Proud and Clear

If you are an active, vocal ally of the LGBTQ+ community, your children might feel more safe discussing their feelings with you. The most important word here is might. Every person is different and has unique comfort levels talking about themselves.

Additionally, don’t try to force your child out of the closet. There’s a significant difference between supporting the gay community and trying to pull something from your child before they are ready – or asking them to be something they are not.

There are multiple guides online and books in print for parents who want to support their gay kids. You are using these resources to make sure you are creating a loving, safe environment.

At Family Resources, we work with youth across Pinellas and Manatee counties to make sure they have safe places to sleep. Many of the teens who stay in our youth homeless shelters ran away from dangerous situations where sleeping on the street was a better option than facing their relatives for another night.

We support kids and teens from all backgrounds. Our staff does its best to create a comfortable environment while providing educational resources and job training for the youth in our shelters. Please consider donating to Family Resources today. Every donation allows us to provide more support for local youth who need help the most.