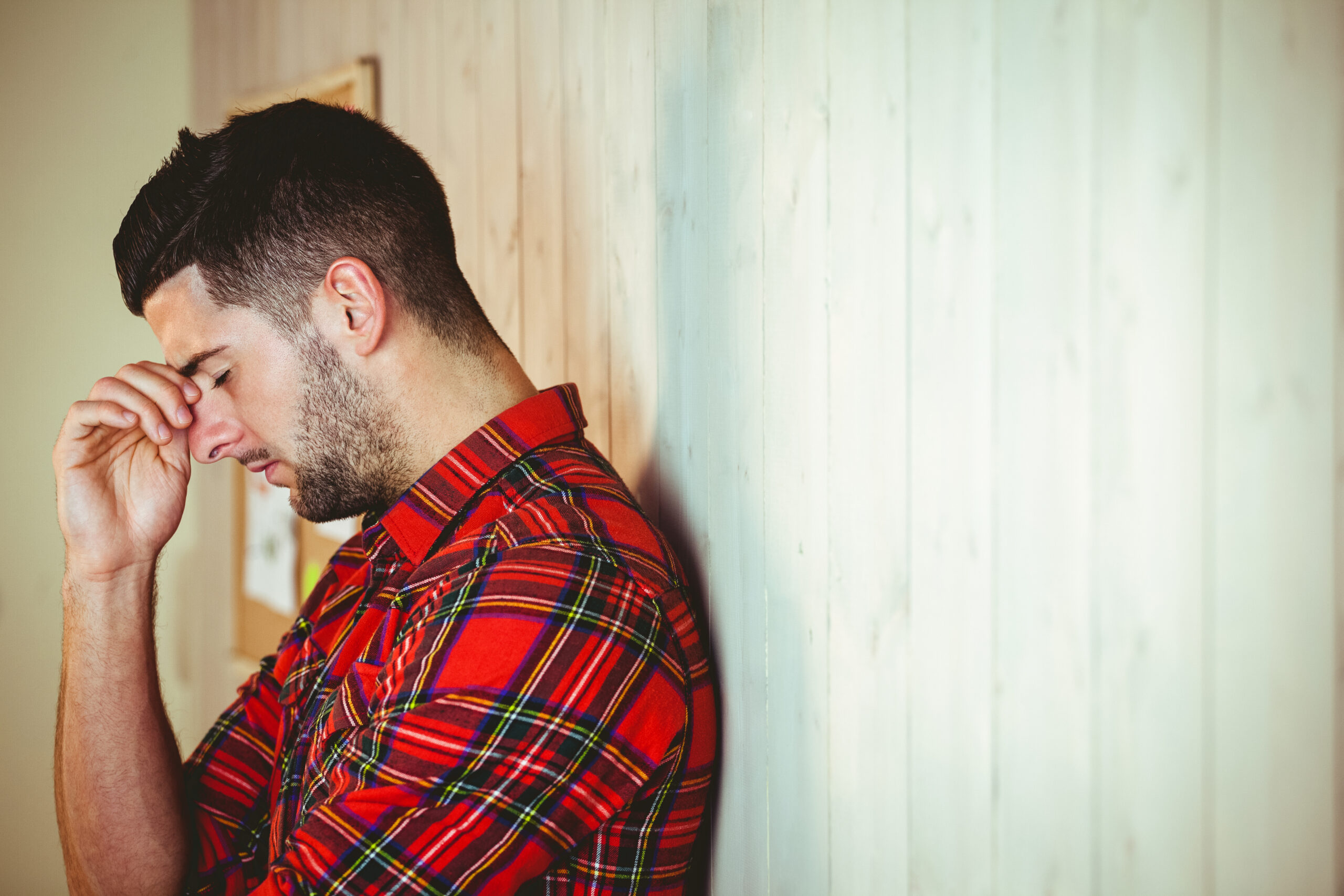 Male Domestic Abuse is More Common Than You Think

It’s 2019 and despite our best efforts at equality, many gender stereotypes continue to linger. TV commercials tell us that women are emotional and men are incompetent at basic household tasks. However, while all gender generalizations are problematic, some of these beliefs cause more damage than others. The gender stereotype that we are going to break down today is the idea that men cannot be the victims of domestic abuse.

Male domestic abuse is often overlooked by society. The idea that men can be victims is often laughed at or ignored. However, focusing on the abuse of women (and particularly physical abuse in heterosexual relationships) is damaging to men of all ages, backgrounds, and sexualities.

It is time to acknowledge why we don’t take male domestic abuse seriously and how it hurts people of all genders and sexualities.

The Data Behind Male Domestic Abuse

When you start to crunch the numbers, you can see that male domestic abuse (also called intimate partner violence) is more common than you think. The National Coalition Against Domestic Violence shares detailed fact sheets each year to report on abuse across all genders. Consider a few of these data points:

Even if these numbers are an underrepresentation (and the NCADV acknowledges that it does not have data on male rape cases), you can see how close the abuse rates for men and women are. A man living in an abusive relationship isn’t a rare occurrence or fluke in society – it’s a lot more common than you think.

Why Do We Ignore Male Domestic Abuse?

There are many factors that play into why men don’t come forward to talk about domestic abuse. Unfortunately, many of these reasons are a catch-22: society doesn’t talk about male domestic abuse, so men don’t bring it up. The fewer men who talk about it, the less society wants to talk about the issue. Here are a few common barriers to bringing male intimate partner violence to light.

The stereotype that men are the abusers the vast majority of the time falls in with history’s treatment of women. For centuries, women were “owned” by their husbands. How could someone who couldn’t open a bank account on her own legally be controlling in the relationship? So many public service campaigns which have been created instructing men to not abuse their significant others have caused us to overlook how abuse can come from women as well.

“Society supports that men should not hit women, by virtue — but the same is not true for the reverse,” Dr. Karla Ivankovich, adjunct professor of psychology at the University of Illinois, Springfield, says. “The fact is, it’s simply not acceptable to hit anyone.”

Most media plotlines tend to focus on men abusing women. This is because our media (Hollywood, books, social influencers, etc.) tends to value men who are big and strong with women who are gentle and feminine. It is easier to depict a strong man abusing a weak woman because this fits traditional gender roles. A weak man being abused is uncomfortable. It challenges the false idea that a “real man” could stand up to “just a weak woman.”

Men Don’t Believe They Can Be Victims

The BBC recently reported on domestic abuse of men and how British organizations are working to encourage male victims to come forward. Not only do domestic abuse care organizations need to provide resources to the community, they also need to bring light to the issue and allow men to fight stereotypes so they can see themselves as victims.

“There’s very much a belief that domestic abuse only happens to women, and that prevents men coming forward,” Michael Dix-Williams, project manager of the UK-based Calan Domestic Violence Services, says. “It feeds into this fear they’re not going to be believed.”

As our society continues to challenge gender roles, we can better encourage men to come forward when they are in abusive relationships and further acknowledge that women can be abusers as well. Men need to know that we see them and believe their pain.

Another reason why we tend to think about abuse as a purely male-on-female issue is because violence is often depicted physically. Finding bruises on a woman makes for a convenient TV plotline, but the reality is a lot more complex.

The BBC also shared a chart from the 2018 crime survey on types of domestic abuse that men experience: If you believe that domestic abuse is only physical (slaps, punches, etc.) then you might not recognize the signs and self-identify as a victim. However, almost 60% of men report that their abuse came from non-physical actions such as emotional or financial abuse. This makes the violence more subtle, and something men are more likely to downplay or suppress.

If you continue to cling to outdated gender roles where the man is the abuser and the woman is the abused, then you likely aren’t going to consider the abuse in non-heterosexual relationships. The LGBTQ+ community continues to fight for representation in the media and culture, and that includes depicting abuse in same-gender relationships.

The Human Rights Campaign published a page challenging misconceptions about abuse in LGBTQ+ relationships. They have multiple sources, fact sheets, and talking points that all boil down to one idea:

“Domestic violence actually occurs in LGBTQ relationships at similar or higher rates than in the general population.”

Your gender or your sex assigned at birth does not make you more or less prone to entering into an abusive relationship. Additionally, it is difficult to leave an abusive partner regardless of sexual orientation or gender identity, and many LGBTQ+ relationships come with their own challenges. For example, the HRC explains that some people will threaten to make another person’s sexual orientation or gender identity public to family, friends, or an employer as a means of control.

It’s not uncommon for men who are in abusive relationships to ignore the signs for a long period of time, or not even know what to look for. Similarly, friends and family members might not look for the same warning signs for men as they do for the women in their lives.

The Mayo Clinic identified several signs someone of any gender could be in an abusive relationship. Be on alert for a partner who:

This last bullet point is particularly important. Abusers often blame their victims for their behavior. They use phrases like:

This further reduces the self-esteem of the victim and makes them change their actions to try and prevent further abuse. For example, they stop calling friends or give up control of their money to their abusive partner.

However, the actions of the abused will never be enough for the abuser. They will always find flaws in the behavior and no amount of change will get the abuser to return the freedoms. If anything, the abuser will continue to restrict the victim’s actions as long as they can get away with it.

Awareness is the first step in talking about domestic abuse. In the same way that society is starting to acknowledge emotional and psychological abuse, it is time for us to talk about men in abusive relationships. There are a few ways you, as an individual or as a leader within an organization, can begin to dismantle this gender-focused abuse stereotype:

We can’t change how society views abuse overnight, but we can start challenging these stereotypes one relationship and discussion at a time.

Report Domestic Abuse When You See It

If you or someone you know is experiencing intimate partner violence, the National Domestic Abuse Hotline has the resources you need. This is a good place to start to help your loved ones or yourself break the cycle and get out of a toxic situation.

If you are just entering into a relationship, check out one of our free Love Notes workshops. Learn how to communicate and negotiate with your partner to have a successful relationship. We also offer financial workshops for couples to teach people how to manage money together. These classes are available for young couples ages 16-25.